THE LOVER, THE BEAUTY AND THE GIANT 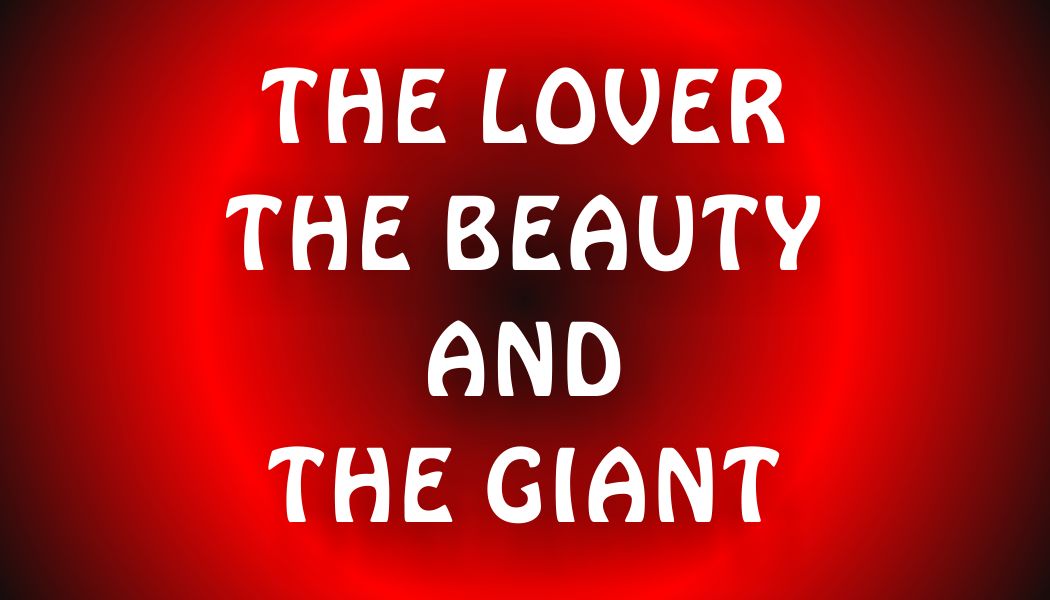 07 Jan THE LOVER, THE BEAUTY AND THE GIANT

Posted at 18:18h in Uncategorized by sagacio1 0 Comments

The sun was high up in the sky and the heat was blistering hot. He had come carrying three ice cold sachets of water popularly known as pure water and two plastic bottles of ice cold soft drinks in a polythene bag. The drinks were almost frozen over. He had gone to Mama John’s shop who always had ice cold drinks and had specifically requested for the ones whose contents are frozen.

He had come prepared because he knew he was going to be spending quite a while waiting under the sun. He walked off the dirt road and jumped over the shallow gutter dug out of loose earth. He walked across several metres of low grass towards an uncompleted building. The building had been built up to the level where it was due to be roofed, but the owner was yet to come for that. He was probably still trying to raise the money.

Buildings in various stages of construction are very common sights everywhere in the country. The level of poverty is very high and people including civil servants have to save for years and in some cases decades to complete their houses.

When he entered the room, he removed a sachet of water from the polythene bag before he dropped it on a clean spot on the floor. He bit open the sachet on one end and drank its contents as he made his way to one of the openings which would serve as a double window. The angle of the window to the road not only gave him a great view of the road, it also gave him protection from anyone who could be watching or walking on the road.

He took his position next to the window and settled down to watch the road. By his estimation, she isn’t supposed to pass along this road for the next one hour at least on her way from the Polytechnic where she’s studying Banking and Finance. But he didn’t want to take any chances.

He didn’t want a situation where she would leave school early and he would miss her. He really needed to see her. He hadn’t seen her in over a month and he felt lost. He’s been having fits of anxiety and his heartbeat has been faster than usual. He hadn’t even been able to watch her from afar in the last four weeks and few days. He had been counting.

He had tried to reach her during that time, but all his attempts had been unsuccessful. He hadn’t been able to call her, neither had he been able to reach her through any social media platforms even though he had been trying for weeks. He was sure his number had been blacklisted with an app, or something on her phone. He had also been blocked off from all her social media accounts, that he was also sure off. He had concluded it was the handiwork of her family.

Then it hit him, what if she wouldn’t be walking home alone? What if she would be returning with Usman, that burly elder brother of hers? He hadn’t thought his plan through well enough. He was missing her so much he hadn’t bothered to think his plan through. That brother of hers who looked like a cross between a wrestler and Goliath could tear him in two if he should see him with her.

He still remembered the last time he encountered him. He still hadn’t been able to recover from the trauma he suffered as a result of fear. Urged on by her father, Usman had gripped him by his shirt around the collar and lifted him clean off the ground. He had always believed it was “film-trick” as they called it in Nigeria whenever he saw it on films. That was until he lived it and realized it is very possible.

Suspended from the ground, he experienced what true fear meant. He had wet his trousers in front of everyone to his embarrassment. They laughed at him as he pleaded with her father and brother. He was made to promise he was never going to disturb her again.

He can’t remember all what he said, but he was sure he could have promised to hand over the keys of heaven and even give them God’s throne even though it wasn’t in his power to give. When he was dropped he was kicked in the buttocks and told to run. He ran without looking back.

After everything he had suffered because of her, he never thought he would think about her again or want to even look at her again. But here he is. Hoping not only to catch a glimpse of her again, but also hoping to speak to her.  He was hoping today was going to be different. He really hoped it would be different.

An hour after he arrived, the heat had increased and he was sweating. Beads of sweat were rolling from under his hairline. He brought out his handkerchief and wiped his face starting with his forehead and then both sides of his face, followed by the area around his nose, and then under his lower lip. He finished with his neck and returned the handkerchief to his pocket.

He continued watching while he sipped the sachet water right from the transparent polythene bag packaging. The water was no longer ice cold. But he didn’t mind. He would happily sip hot water under the hot sun if it meant he is going to see her. How crazy is that? He wondered to himself.

He had finished two sachets of water. He sucked out the last few drops of the second sachet few minutes ago but he was staring with longing at the bottles of ice cold soft drinks whose ice were beginning to thaw a bit under the extreme heat of the sun. There was still the other sachet water, but he longed for a soft drink.

He was keeping it for both of them. He wanted  them to have something cold to drink while they talked. He forced his eyes away from the drinks. After looking away from it for a few minutes, he changed his mind and went for the last sachet water next.

An hour, twenty-three minutes after he arrived she walked into his view. She looked as lovely as ever. She had on a pair of sunglasses to protect her eyes. She had always been sensitive to the sun. She had her earphones on. He wondered what song she was listening to.

The sweat on her neck glistened as they caught the rays of the sun giving her neck a surreal sheen. She was dressed in a sleeveless white blouse and a pair of blue jeans, the elastic kind. On her feet was a pair of white sandals. She had her backpack strapped over her shoulders behind her as she walked with grace.

Smiling in excitement, he grabbed the bottles of soft drinks as he made his way to meet her. He was so happy and eager to meet her he didn’t wait to check if she was alone. He walked out of the room and into the sitting room of the house.

By the time he came out she was no longer in his field of view. The wall of the next building was blocking her from his view. He hurried across the grasses and jumped over the gutter. She was some three metres in front of him.

She hadn’t heard the sound of his footsteps as he hurried behind her. He was sure it was the earphones in her ears which was blocking out the noise of his approach. He caught up with her and tapped her on the shoulder. She screamed in fright as she turned around.

It took her a moment to recognize him. “David!” she gasped in a faint voice as she placed her hands on her chest.

She breathed a sigh of relief. “My God, you scared me.”

“I’m sorry.” He was torn between really feeling sorry for startling her and smiling with glee for having the chance to stand this close to her after so many weeks.

It took her a moment to regain her composure and when she did, her eyes opened wider in surprise as she remembered something.

“You have to leave now,” she said in a worried tone cutting him off before he could speak.

“No. You have to go now,” she said grabbing his arm and pulling him to be on his way.

“Who’s that?” he heard a voice shout from afar. The voice sent a chill down his spine. The sound of the voice made him relive the embarrassing encounter he had with the owner of that voice. How could something this big, violent and ugly come from the same womb as a girl as lovely Aisha. It doesn’t make sense.

He turned on shaky legs to see, Usman and three friends of his. Each one of them were just a little bit smaller than he was. It was like they were a weight lifting crew.

“It’s you again,” he heard Usman scream in anger from afar as he started running in his direction, with his three friends joining him.

“My God, I’m dead… I’m dead,” he repeated to himself as he turned and fled. He dropped the bottles of soft drinks as he ran. In his mind, he could hear the ground shaking as they ran at him.

The right foot of his leather sandals flew from his feet and he tripped on it. He fell to the ground and the sandal came off as he did. He didn’t bother about the sandals. He got up and continued running.

All he could think off as he ran, was the shaking ground. His mind was replaying a single thought on repeat. “I’m dead… I’m dead.”