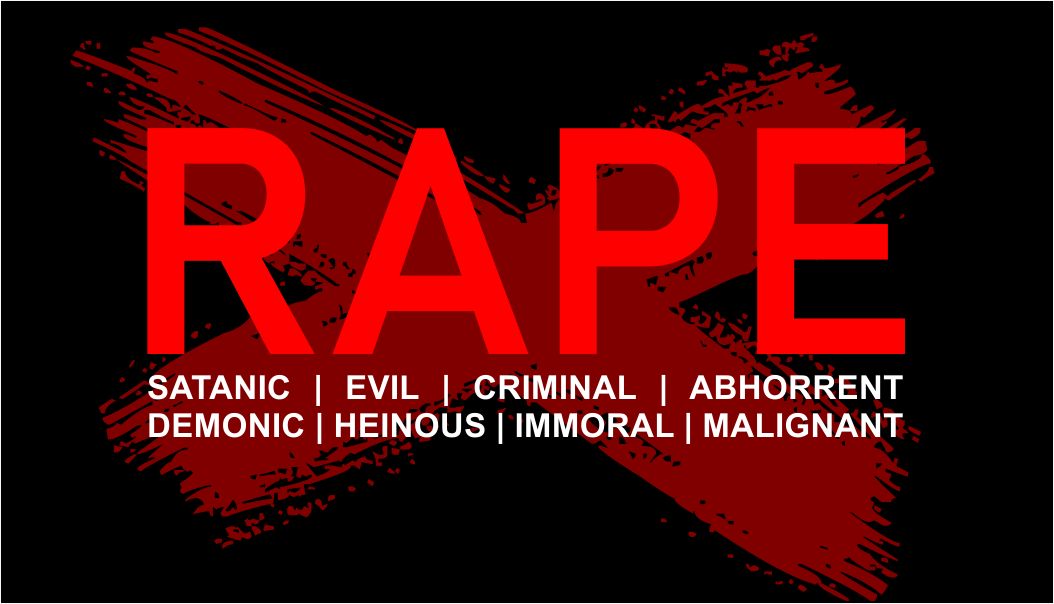 Posted at 14:03h in Articles, Personal Opinion by sagacio1 0 Comments

The whole nation was in turmoil earlier in 2020 as people struggled to deal with the shocking news of the rape and murder of a University of Benin student, Uwa. A lot of people are truly shocked at the sheer barbarity of her rape and murder in a place of worship. Another trending name was Tina. More stories had come to light since that time even though it’s no longer a trending issue. It’s long been forgotten and people have since moved on.

Everybody spoke about it when it happened because that’s what was in the news. Even politicians used it as an opportunity to get themselves noticed. Those in power made statements about it and gave orders to security chiefs to act. Everybody seem to be doing something about it, while at the same time nobody seemed to be really doing anything.

Nowhere seemed to be safe for victims to hide away from these beasts who use their influence, physical strength, love, respect and spiritual respect the victims have for them to perpetuate their evil acts. Victims are attacked in their homes, in places of worship, in school hostels, roadsides and every other conceivable place.

The tales in out-of-campus school hostels, in higher institutions of learning across the country is mind blowing. It’s so much, many students who have passed through these higher institutions of learning would have heard of at least one rumour. The stories are usually the same. The girls go to visit a male student to maybe collect a book, for a group assignment, or so they can study together or for some other reason and they are taken advantage of.

Most victims don’t say a word to anyone because of shame and embarrassment – it’s even harder for male victims to speak out. If the tales come to light, it’s usually due to the perpetuators bragging about it to their friends who would then tell other friends.

If you go through social media threads, you would be shocked and disgusted at the amount of support some of these perpetuators get. The number of rape apologists who blame the victims is staggering. It’s either the victim shouldn’t have gone to see the rapists, they were not dressed properly, they shouldn’t have gone to particular places, or gone there at a particular time. Their supporters always find a way to blame the victims. It would be foolish trying to knock off each of these excuses and more because it just doesn’t make sense and people with such myopic reasoning can’t see reason even though it is right before their eyes.

There are a few others who tend to see it as a way for victims which in many cases are women to setup men, or get them in trouble for one reason or the other. While this view may seem farfetched, it happens. Which is sad. It’s sad because people who make false accusations of rape which later turn out to be untrue are making it difficult for people to believe real victims.

One would want to ask, where did we go wrong as a society? When did it become so normal for people to force themselves on others in such violent and destructive ways? Is it exposure to modern mass media? Is it the fault our cultures? Is it the destruction and erosion of cultural values? Is it the ease of access to online pornographic materials? These question and more have got a lot of people scratching their heads.

Though, one could easily counter these questions by saying rape has been around in our societies for long, and the main reason it seemed to be everywhere right now is because the internet, smartphones and social media make it easy for people to share their experiences, just as it is easier for us to access information.

Some people have commented on various media that the problem is in the home. They said, while parents concentrated on bringing up the female child properly to become a daughter, wife, mother and model citizen, they have neglected the male child. This is certainly true in many instances. This cannot be unconnected from our culture where the male child is given the pride of place. They are treated like royalty. When a woman gives birth to only female children, the husband and his families start getting agitated wondering if the woman is ever going to give birth to male children.

Female children are seen to be somewhat less than male children – not just in Nigeria, but also in many developing countries like India and China. But one has to point out the peculiarities of most cases in India and China. In most parts of India, the women pay the bride price which can be very expensive in many cases, like a house, car, etc. so parents want to avoid paying them. In China, the one child policy which was the law for decades until recently made parents only want to have a male child. The one child policy has since been upgraded. Couples are now allowed to have two children.

It’s only parents in cultures from countries like India and China who have been trying to conceive for years who gladly welcomes a child of any sex. In other places, like in Africa, and especially Nigeria, those who have had only female children are never satisfied until they get a male child. Some will travel the proverbial seven seas and seven mountains to get a male child.

Back in the day, long before the Europeans set foot on the continent of Africa, most societies were agrarian in nature, and so the male child was also ideal at that time because the adult male is physically stronger than the adult female and they can therefore help their parents more in the farm.

There was also the obsession, or should I say a need for a male child because they are needed to carry on the names and lineage of their families. This is particularly important in some cultures where female children aren’t eligible to inherit their father’s properties. If a man only had female children, they will be disinherited by the extended family when he dies.

The male child at no point during his life is obligated to change his name, but the female child is asked to do so after marriage. In Nigeria and many other developing countries, you would be amazed at the sheer number of men who would go crazy and threaten hell on earth if their wives for any reason whatsoever don’t officially change their names after marriage or delay in doing so.

If you are perceptive enough, you will notice everything empowers the male child – especially religion and culture. A potent mix of both religion and culture have been used to subjugate women for millennia. They have been used to control their sexuality (female genital mutilation, clothing, etc.), their dreams (child marriage), their aspirations, their needs and everything else. One can point to so many of such examples in all the major religions and cultures of the world. The sad thing about this is that even women have come to accept it as the norm and are even stronger proponents of all of these forms of restrictions and subjugations.  But that’s a topic for another day.

Where the male child in many homes are given the opportunity to explore, play whatever kinds of games they want to play, shirk household chores, stay out later than usual, etc. the female child is restricted and held back. They are told they are future mothers and should behave as such. These and many more examples give the male child a sense of invincibility, and the feeling and freedom they could do anything.

These feelings of invincibility and sense of freedom may continue into their teenage years and adulthood. Some of the ways they express this freedom and invincibility could be in the sense of entitlement to the bodies of girls and women. This is obvious in way girls and women are aggressively catcalled in some areas and places. It is also obvious in the way they are harassed and handled in popular markets by male traders. And also in the way boys and men put pressure on girls and women to speak to them, or date them like they own them.

Peer pressure cannot be ruled out, it’s a huge factor. The internet and the proliferation of smartphones due to the availability of affordable products and cheap internet data plans makes it easy to access pornography and other contents far away from the prying eyes of their parents.

Though If one is to place the whole blame on the internet one wouldn’t be fair. I just went through a thread on Twitter and most of the victims recounting their stories are in their twenties. Most were raped or molested when they were between five and ten. Which was before the proliferation of smartphones and the spread of the Internet in Nigeria. There was even a case of a woman in her fifties. So, this has been with us for a long time – technology has simply made it easier for people to share their experiences and learn about others’ experiences.

But this isn’t the time of Before Christ (B.C.), neither is this the middle ages. This is the 21st century. As humans, as a people, as a country, we should have evolved. But we haven’t. Humanity hasn’t evolved because the cases abound in every country of the world just like in Nigeria too.

We have to grow as a country to curtail cases of rape through speedy investigations, speedy trials, speedy convictions to serve as a deterrent to others. Speedy assistance and treatment of the victims should also be made a priority too to ensure they are able to live normal lives. But what do I know. We have been saying the same thing about corruption, police brutality, religious crises, banditry, conflicts in the North-Eastern region and South-South region of the country, etc. Well, may God help us.

The only worthy thing of note about this rape incident is, it has emboldened more victims to come forward to tell their stories. Their stories have emboldened even more victims to come out to recount their own experiences. We are a country which easily forgets a pressing issue when something else captivates their attention. We are a country of one week, one issue. One week, one talking point. One week, one source of excitement. The rape issue had passed too at least for now until another shocking case happens.

NB: This is the way I see things for now. It’s possible my views may change with time because we learn every day and I’m allowed to evolve. Thank you.