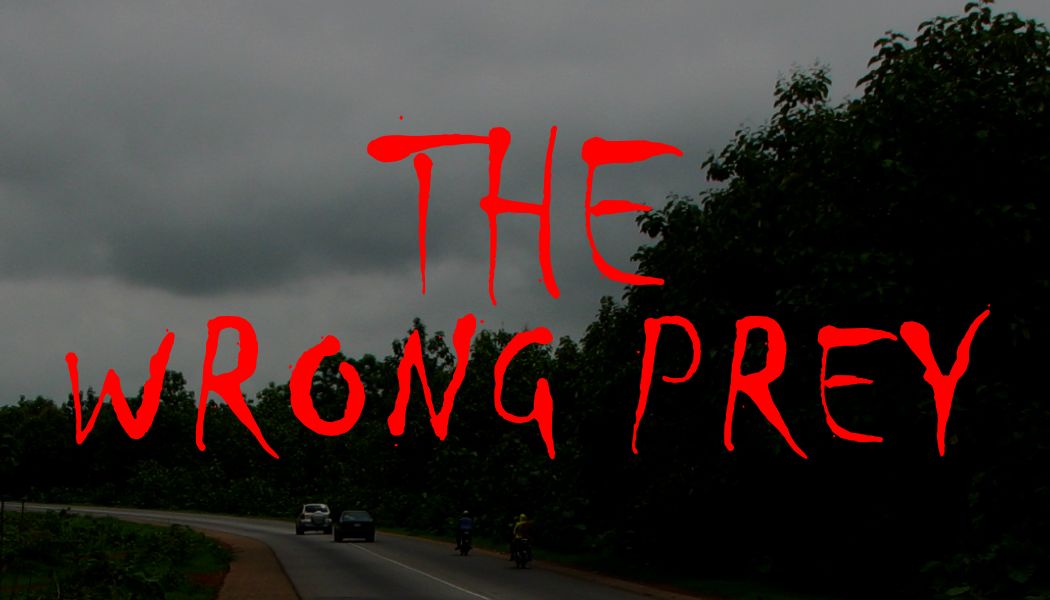 Posted at 13:18h in Stories by sagacio1 0 Comments

He made it to the tree in one piece. He could feel the bullets hitting the trunk of the tree. He took a few seconds to catch his breath before he peeped from behind the tree to his right to find the position of his attacker, or attackers.

There was only one attacker and he was still maintaining his position where he had been standing in the open. He kept firing widely in short bursts against the tree’s trunk. Confident his attacker couldn’t see him, because the area was cast in darkness from the shadow of the tree created by the fires burning in the clearing, Jide moved to the very edge of the tree trunk and went down on his belly.

He aimed the gun in the direction of his attacker. He planted his left eye over the over the top of the gun with his right eye closed. He steadied his breathing, concentrated, on his target and let go a burst of six shots. The first three bullets missed his target, but the next three hit home, knocking his attacker backwards into the bush behind him.

He got up and stepped out from behind the tree with the gun pointed in front him. He walked down towards the altar around which the occult men had been gathered. Many were dead and the other half were lying on the ground injured. A few were begging for help.

He went past them as his eyes searched for anyone who could still pose a threat to his life. He couldn’t see anyone who was a threat. All he could see were the dead and the wounded and the dying who were crying out for help.

He made a wide detour around the altar doing his best to keep his eyes away from what was on it. After circling the area, he couldn’t see anyone apart from the wounded and dying. Then out of the corner of his eyes he noticed a flash of white. He turned around fast and pointed his weapon in that direction.

Jide had no idea where he had come from. There was no way he could have missed all of the whiteness he could see in the soft light of the moon and the burning fires around the clearing. It was the man he had seen earlier directing whatever ceremony which had taken place on the clearing. Keeping the muzzle of the gun locked on the target he did a quick look around to see if anyone else was around.

Looking at him from this short distance, Jide was taken aback by the amount of whiteness on the man. His large flowing garment was white. His hair was a mop of white or whitish-gray in the light. He also had a long white beard. His long gnarled stick towered above him. This is the literal meaning of a priest, he thought to himself.

Moving with caution he moved to within five metres of the man and stopped. He didn’t know what to expect or what to do. He stood watching the man wondering if he was going to speak or act. He made sure to look around his position every two seconds or so. But he always made sure the man standing in front of him was within his eye’s range.

“Who are you?” the man asked at last.

Jide had no idea what answer the man expected from him. Was he supposed to tell him his name? Or, start by explaining he was on a journey to visit his sick mother when he was abducted on the way by his men, knocked senseless and tied up like an animal in preparation to be use for their barbaric occult ritual? He didn’t think so.

“Do you have any idea what you have done?”

The man was beginning to get on his nerves. What’s he talking about? They abducted him with the intention to use him for their occult rituals and he had the guts to ask him if he knew what he had done? This man must be out of his mind.

“You’re now cursed by the spirits for destroying everything,” the man said pointing his right index finger at him as he moved towards him.

Yada, yada, yada, he thought in his mind. He was wondering what he was going to have to do to the man when he noticed the man cast a quick glance to something which might be behind him before returning his gaze to him. Jide turned around to see what it was.

He saw a face, a mass of black and a flash of steel as it caught the light of the burning fires.